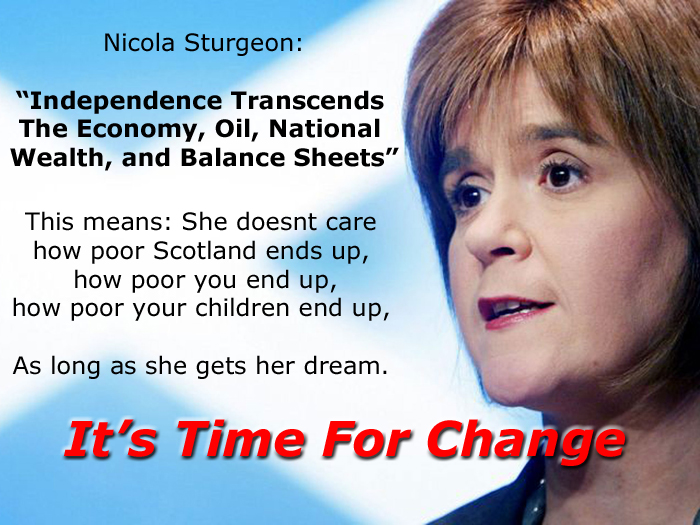 The SNP and Brexit

A short post to highlight just how 2 faced the SNP are being over Brexit.

They claim that Brexit would cost Scotland £1600 per person. A figure that has dubious origins to say the least, but we’ll use it, and they are doing.

Here’s what they’re not telling you.

By leaving the UK, dubbed Scexit, we leave the Barnett Formula the same day. Barnett gives us £2000 per person over and above what we pay in.

We’d also lose 100s, of not 1000s more because of the new border between Scotland and England, Northern Ireland, and Wales.

We’d STILL lose the £1600 per person they claim Brexit would cost us, as we leave the EU the same day as leaving the UK. If they did win their separation vote, that would be at least £3600 per person lost.

Do not fall for the SNP’s myth, spin, and lies.

That shows she doesn’t care how much we lose, how poor we become, how poor your kids and grandkids become, as long as she gets her teenage dream.