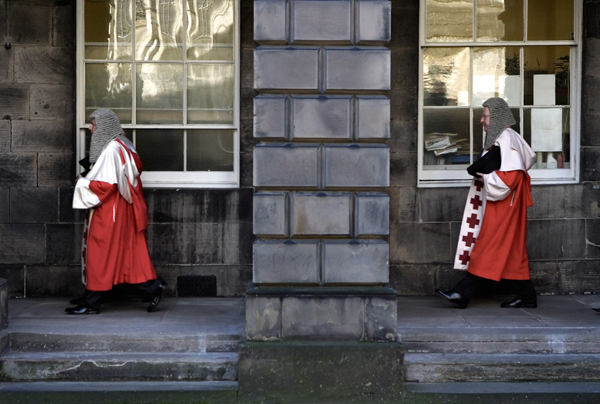 Nicola Sturgeon and Justice Secretary Humza Yousaf have received dozens of letters hitting out at the recent case of a student discharged from court after sexually assaulting a six-year-old girl.

The First Minister has previously voiced concern about the case of dentistry student Christopher Daniel, but insisted she cannot interfere with court decisions.

It meant Daniel avoided being placed on the sex offenders register or have a criminal record.

It haw now emerged that 91 letters have been sent to the Scottish Government hitting out at the implications for the justice system.

“The system in Scotland does not protect these children it protects the abusers. This has to change,” one of the letters states.

Another adds: “This system offers more support to abusers as opposed to the defenceless victim.”

There were also complaints from those in dentistry who said it was ‘abhorrent’ that he would enter a line of work that would give him access to children and vulnerable adults.

And after the emergence of the #Metoo movement in recent years, many voice concerns about the victims being discouraged from coming forward.

“In a time when, as a society and across the western world, we as a people are learning to speak up about the hidden abuse that has been prolific over the years this is a blow to the confidence of victims that justice will prevail,” another adds.

The sentence was subsequently not appealed by the Crown Office as it did not meet the test of ‘undue leniency’, something that the Scottish Conservatives have asked to be reviewed.

Tory shadow justice spokesman Liam Kerr said: “Nicola Sturgeon can no longer be in any doubt as to the anger caused by her and her party’s soft-touch approach to justice.

“Her government has received dozens of letters from furious Scots who were rightly appalled by a convicted child abuser walking free from court with no punishment whatsoever.

“These letters rightly point out the dangerous message this sends, and that it once again reinforces the belief that our justice system does not do enough to support victims.”

Ms Sturgeon faced questions over the issue at Holyrood earlier this year.

“I absolutely understand the concerns that have been expressed about what has been reported about this sentence,” she told MSPs in January.

“But the sentencing decision in any criminal case is entirely a matter for the judge.

“The judiciary acts entirely independently on the basis of the facts and circumstances of individual cases. They will take into account a wide range of factors, including the age of the offender and any previous convictions.”

The system clearly is broken. It protects the guilty, and punishes the victims. We need a party in Hollyrood that will get tough on crime.


The SNP will deny there’s anything they can do about things like this, but they want criminals kept out of jail, they set the sentencing guidelines judges and sheriffs must use. There is no excuse.