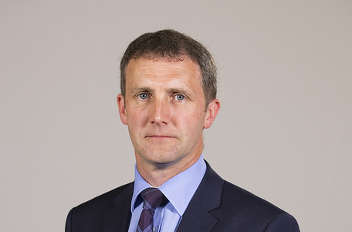 A police whistleblower who was told to burn documents at a undercover unit flagged up concerns to an SNP Cabinet Secretary three years before she won her case.

The former police officer warned former Justice Secretary Michael Matheson about practices at the Scottish Crime and Drug Enforcement Agency (SCDEA), but she was “brushed off” by a civil servant.

Liam Kerr, the Scottish Tory shadow justice secretary, said: “This is an extremely serious and damaging revelation and is not the first time Mr Matheson’s judgement has been called into question. This letter shows that despite receiving detailed allegations of misuse of public money and abuse of power within Police Scotland, Mr Matheson apparently chose to do nothing.

“Mr Matheson is still a minister in the Scottish Government so it’s absolutely crucial that he explains his actions.”

The ex-officer, known as Mrs K, joined Grampian Police in 1990 before becoming an undercover officer at the SCDEA, which was described as Scotland’s FBI before it was abolished.

She was granted ill-health retirement from the police in 2013 after suffering from depression, anxiety and stress. Mrs K later brought a £1m damages claim against the SCDEA.

Her civil case centred on allegations about what happened to her in 2011 at the SCDEA after she raised the alarm about the force’s “special operations” unit, which she worked at.

Mrs K told the court she went to premises that she had used as an office with a fellow detective sergeant, only to find it had been ransacked and material shredded.

She said some of the items at the location included documents relating to pseudonyms unknown to her, including bank cards, phone bills and passports. She described it as a “crime scene”.

After taking documentation back to an SCDEA base in Paisley, she said she and another officer were told to purchase a garden incinerator and burn the files.

Mrs K said she was suspended from her role as an undercover operative, even though she had reported the discovery and highlighted concerns.

In a 59 page judgement issued in January, which Police Scotland is appealing, Lord Brailsford ruled in favour of the former officer on the issue of liability.

Regarding the decision to move Mrs K from the special operations unit by her then boss Stephen Whitelock, he said: “That decision was taken apparently without consultation with any other person.”

The judge concluded that this decision was not subjected to “objective evaluation or scrutiny”, adding.

“These considerations would, of themselves, in my view constitute a lack of fair treatment in the context of an employee-employer relationship.”

The Herald on Sunday can reveal that Mrs K wrote a letter in June 2016 to Matheson about her “victimisation”.

She wrote: “I was a Highly Awarded Undercover Police Officer with very specialised skills, whose distinguished career, involving highly classified and dangerous work was brought untimely and catastrophically to an end, as a result of whistleblowing. This contributed significantly to the accelerated degeneration of both my physical and mental health.”

“While seconded to the SCDEA, I uncovered wrong-doing by a colleague involving public funds. I reported this to Senior Management and became a whistleblower. Instead of being protected and supported, I was subjected to a devastating series of events which ultimately cost me my career and more importantly my health.”

She also complained that Whitelock, who at that point had retired and was working for Her Majesty’s Inspectorate of Constabulary in Scotland, was heavily involved in a Government-commissioned review of undercover policing.

Critics believed Whitelock, given his previous oversight role of undercover policing at the SCDEA, should not have worked on the review, but he stayed on.

Mrs K wrote: “This is an unacceptable conflict and potentially serves only to maintain the status quo”. She also requested a meeting with Matheson.

The Government’s response suggested she contact Police Scotland – the organisation she was taking to court – and did not mention Whitelock. A source said: “She was brushed off.”

After Mrs K’s court victory in January, Police Scotland initiated an internal review of the case.

It was announced last week that an outside force, the Met, would reconsider the Police Scotland review.

Liberal Democrat MSP Liam McArthur said: “Any investigation by the Metropolitan police will need to be clear, transparent and wide-ranging. It is essential that every avenue is properly explored, including what Ministers knew and when, and the findings published.”

Scottish Labour MSP Daniel Johnson said: “If the Justice Secretary and Scottish Government officials knew about potential wrongdoing at the SCDEA three years ago, why has it taken so long for these matters to come to light?

“The growing concerns over how these allegations have been investigated by the SCDEA further underline the need for a full independent inquiry, as investigations to date have fallen short.

A Scottish Government spokesperson said: “As the First Minister said this week, it is right that the Chief Constable has recognised the seriousness of this matter, and it is important that the investigation relating to the allegations relating to the SCDEA is concluded unhindered.”

The SNP promised us fairness, honesty, and full transparency.

But here we have allegations of misuse of public funds by serving police, covering it up, and destruction of the documents in a specially bought incinerator on the orders of senior officers.

And they are asking us to trust them to run Scotland?