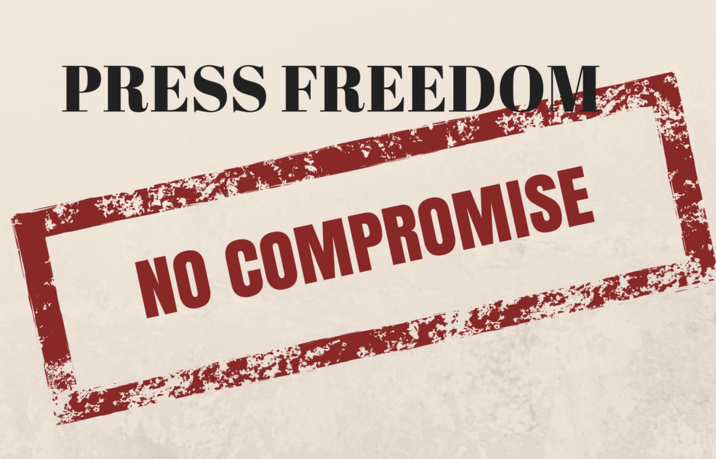 SNP accused of interfering with freedom of the Press

ATTEMPTS to block publication of details of a prisoner’s death were ‘interference in the freedom of the Press’, it was claimed yesterday.

The Scottish Prison Service (SPS) began legal action in the name of Scottish ministers to try to stop a newspaper releasing security camera stills of the violent incident that led to the death of Allan Marshall at Saughton Prison in edinburgh.

Nicola Sturgeon was questioned on the issue yesterday at Holyrood, after the Sunday Mail reported that Justice Secretary Humza Yousaf was informed of the interdict at 11.30pm but did not try to stop it.

The video showed father-of-two Marshall being restrained by five prison guards before his death, which was described as ‘preventable’ by a sheriff.
Miss Sturgeon said it was the ‘right decision’ that the SPS then dropped the case, but insisted it was not authorised by her or Mr Yousaf.
But her spokesman was unable to say whether Mr Yousaf expressed a view when informed of the court action – and confirmed he made no attempt to block it.
At FMQs yesterday, Scottish Labour leader richard Leonard said: ‘Allan Marshall died following a shocking incident in custody. The Government went to court in the dead of night to keep it out of the public eye. Does the First Minister regret that heavy-handed interference in the freedom of the Press?’
He demanded an apology for Marshall’s family, as well as a full independent investigation into the Government’s actions.
Miss Sturgeon said she had no role in the decision to initiate court action, which was taken by the SPS as an employer. She said the SPS then decided not to proceed, which she believed was ‘the right decision’.
She added: ‘It is up to this parliament’s committees to decide whether they want to carry out further inquiries. It is not for me to interfere with that.’
Miss Sturgeon’s spokesman confirmed the first she became aware of the case was ‘when it was in the public domain’. He said Mr Yousaf was ‘informed’ of the decision but not ‘involved’, and refused to say if he was in favour of the action.
Sharon MacFadyen, Marshall’s aunt, said: ‘Allan’s death has devastated our family and the attempts to stop journalists reporting on what went on inside the prison was disgraceful.
‘The family is thankful to richard Leonard for raising Allan’s case.’
‘A shocking incident’
Source: PressReader
Why am I not shocked that they wanted this played down, or even kept quiet? Deaths in custody on any party’s watch should be fully investigated and reported on. Its absolutely shocking to try and silence the press.


The SNP are the problem, not the solutions.