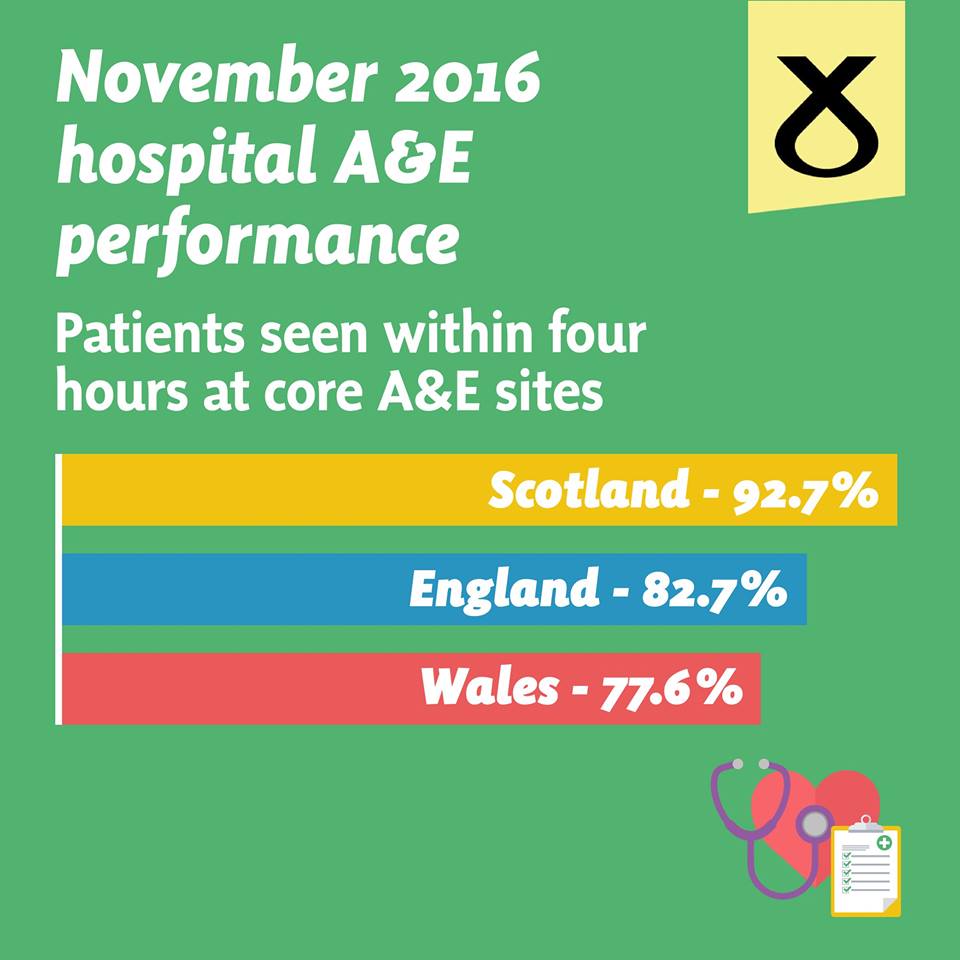 Our NHS Is Better?

But is it really?

They always roll out the NHS is better.

Our NHS WOULD be doing better using fake figures, of course it would.

Our NHS WOULD be better if the SNP actually passed on ALL extra funding we get thru Barnett Consequentials.

It truth, they only pass on around 1/3 of the money. From the budget before, up the end of the last Parliament, we had over ONE BILLION POUNDS extra. Only £320m of that went to the NHS.

Where did the rest go?

Since the last budget, we have £2bn PER YEAR NHS funding coming our way. They have only promised to increase spending by £825m over the same period.

When any organisation complies statistics, but wants to easily fiddle them, they use the core statistics method. That means finding your best performing areas, and using those statistics to compile statistics across the whole organisation.

The snp look to be using their own version of this, “core sites” methodology, for compiling statistics. The image above is a screenshot snip from their Facebook page, and shows them using “core sites” for their stats.

It looks very like they pick the best performing sites in each sector of health, and compile stats off that for the whole of Scotland. They then match those stats against England’s worst.

If stats from each individual department across the whole of Scotland was used, we’d probably be worse than places like Bangladesh. Even doctors and nurses say our NHS is on its knees thru lack of funding.

These problems are not by any means the fault of the NHS staff, they do a superb job, under very harsh cuts to funding, and provide the best care and treatment they can.

The problems in NHS Scotland are down to our politicians, nobody else.

The SNP are the problem, not the solution