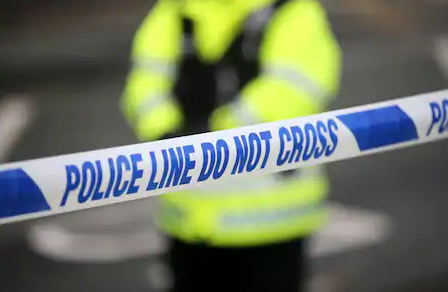 SCOTLAND’S police service has been hammered by ‘hidden’ SNP cuts that have pushed it to the brink, rank-and-file officers say.
They warn the force now faces ‘hard choices’ over stopping key services, such as community policing and cold case inquiries.
The true scale of Scottish Government cuts will set the scene for a stormy SNP fringe meeting tomorrow between Justice Secretary Humza Yousaf and the Scottish Police Federation (SPF), the union that represents rank-and-file officers.
SNP Ministers merged eight regional forces into Police Scotland in 2013. At the time, the Scottish Government warned it must cut £100 million from the annual budget. However, the SPF has revealed an additional £100 million was deducted from the force’s revenue budget in 2014-15.
Because this was never returned, the force will effectively have lost £1.9 billion, in real terms, by the middle of the next decade.
The SPF estimates that, in total, it amounts to a 20 per cent cut to Scotland’s thin blue line. And at tomorrow’s meeting, the SPF will ask whether the scale of the cuts imposed by the SNP means Police Scotland was effectively ‘designed to fail’.
SPF vice-chairman David Hamilton said: ‘The Government said it would cut the budget by £100 million a year.
‘They then took another £100 million out of the budget. It’s now gone down far too much. It’s devastating in terms of operational policing and we are going to face some hard choices.
‘Do we continue doing cold case work? Can we do community policing? That’s how core this is. There’s no more fat to cut.’
Police Scotland has already urged the Government to find an additional £70 million in the next Budget, or else it will have to cut police numbers by 750. Officers cannot be made redundant, but those who leave or retire would not be replaced.
The SPF expects that to start early next year.
Scottish Tory justice spokesman Liam Kerr said: ‘It is no exaggeration to say that the SNP must properly resource our police force or risk public safety.’
The Scottish Police Authority said: ‘We have been clear about the need for significant additional investment and have consistently made this case to Government.’
Nothing else to say there. The article speaks for itself.