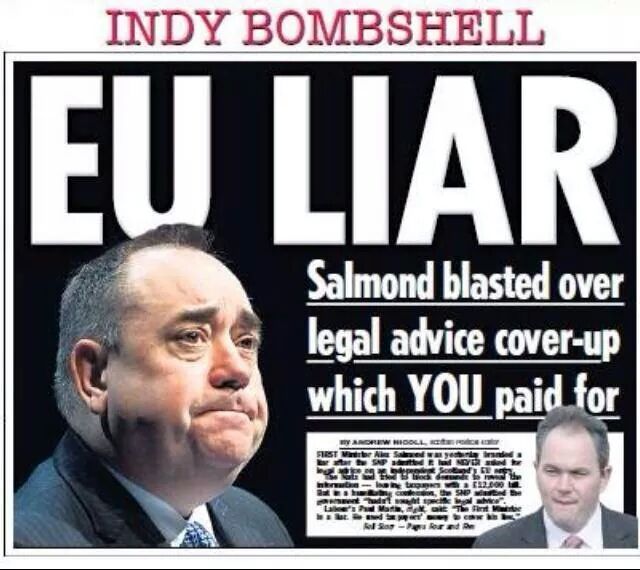 SCOTLAND has suffered a hammer blow to its independence hopes after Brussels chiefs insisted the country would not be given preferential treatment to join the European Union.

The European Commission warned Scotland would first have to quit the United Kingdom and EU before reapplying for its membership. The warning comes amid an attempt by Scottish First Minister Nicola Sturgeon to force a second independence referendum by 2021. A second independence referendum has been a key pillar of Ms Sturgeon’s leadership of the Scottish National Party.

She stalled plans to demand a second vote from Westminster in order to take stock of the Brexit negotiations.

She once again made clear that she was seeking to take Scotland out of the UK in order to protect her country’s standing in the EU after the Brexit referendum.

But the Commission, the EU’s executive arm, has said it will stand by previous pledges to the so-called “Prodi Doctrine”.

A Commission spokesman told reporters: “How about you read the so-called Prodi Doctrine, there is a very well-established institutional line.”

The 2004 document, named after former Commission president Romano Prodi, states a breakaway state would have to leave the Union and could then only be let back in if it has gained independence in accordance with constitutional law in the member state it left.

In a speech to the Scottish Parliament yesterday, Ms Sturgeon said: “Brexit has exposed a deep democratic deficit at the heart of how Scotland is governed. And, whatever our different views on independence, it should persuade all of us that we need a more solid foundation on which to build our future as a country.

“With all of our assets and talents, Scotland should be a thriving and driving force within Europe. Instead we face being forced to the margins – sidelined within a UK that is, itself, increasingly sidelined on the international stage. Independence, by contrast, would allow us to protect our place in Europe.”

In order to reclaim Scotland’s position in the EU, Ms Sturgeon would first be forced to leave and then negotiate the country’s accession to the bloc.

The move would also mean pledging to scrap sterling and seek to join the EU’s single currency bloc, the eurozone.

The Commission last used the “Prodi Doctrine” during the Catalonian independence crisis in Spain.

During the 2017 crisis, EU officials agreed that they would show solidarity to Spain by agreeing the country’s democracy works and that Spaniards should settle their affairs in accordance with national laws.

At the time, Commission President Jean-Claude Juncker was infuriated by claims in Catalonia that they could instantly join the EU after independence.

The EU chief recalled the “Prodi Doctrine” and insisted that “regional traditions” should not become “elements of separatism and fragmentation of Europe.”

The Commission refused to speculate on how long negotiations under the “Prodi Doctrine” would take Scotland to rejoin the EU.

But even if Scotland were to attempt to join, this could be thwarted by the bookmakers’ favourite to succeed Mr Juncker as Commission president, Manfred Weber.

The German MEP as part of his campaign pitch for the top job vowed to end Turkey’s accession negotiations, who have been an official candidate to join the EU since 1999.

Formal negotiations started six years later in October 2005 but were stalled in 2016 after both sides reached an agreements to stem the migration flow into Europe, despite accelerated membership talks being part of the deal.

There you have it. Straight from Brussels. No automatic entry to the EU for Scotland. We’d have to apply, and go through the same process as all other countries. And that can take decades.

The SNP are lying about EU membership.

The are the problem, not the solution.